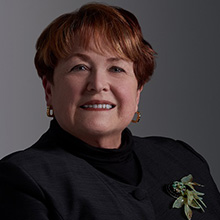 In 1996, Dianne Newman and Debra Shifrin formed a partnership and limited their practice to representing the disabled before the Social Security Administration.  They handle all Social Security matters from the initial application through Federal Court appeals.

Dianne was born and raised in Akron.  She married Herb in 1961 and have four children.  After being a stay-at-home mother, she went to law school and began to practice in 1979 with Richard Sternberg.  Dianne has eleven grandchildren and two dogs.  Dianne is a Jeopardy champion.  She loves to travel, cook, and continuously learn.